The devil tried to prevent us from heading out this morning, but God continues to triumph.  After breakfast as we began to load the bus, Pastor Arqui went to start it, but it wouldn’t turn over. Pastor Kathy invited us to lay hands on the bus and pray. After a brief charge the bus started, and we were on our way.

Pastor Arqui pulled the bus to the side of the road, and we were instructed to carry off 20 family packs weighing about 20 lbs each as well as our jugs of drinking water, and the toys and candy we planned to distribute to the community where the families were waiting. The family packs contain beans, rice, salt, a can of tomatoes, a tube of something we’re told is like shortening, and a variety of personal hygiene products in a plastic tote.  No one told us how far we’d be walking. Fortunately, it was only about ¼ mile along a dirt path.

This community is near the bank of a river. When two hurricanes hit Honduras back-to-back in 2020, the river overflowed its banks and swept homes away and stranded survivors with no access to food or provisions.  Pastor Nelson and his congregation used row boats in the raging waters to carry people to safety, and they continue to bring the good news of the gospel to this area which is far from his church.

Pastor Nelson and his wife asked us to pray for the people, a short message was shared, and Blake shared his testimony.  Afterwards there were 5 individuals who came forward to receive Jesus as their Savior!  Some of us were especially burdened when we met a young mother holding her 7-month-old son who we learned has some type of lung condition, but the family has no money for the medicine he needs.

When we left this area, we headed to Pastor Nelson’s church where we ate lunch before starting our work for the afternoon.  We then divided into 4 groups, each with an interpreter, and each group visited one of the homes in the village who are part of the congregation. The home my group visited had only two “rooms” for a family of 5 — a sleeping area they all share and a small kitchen. George was home with his 3 girls: Genesis, Sofia, and Allison.  His wife, Iris, was away when we visited. When we asked George about his dreams, this strong man was moved to tears as he shared, he would like a better house for his family.  It was wonderful to see a strong and devoted father, loving and caring for his family to the best of his ability while the culture appears to be very lacking in good male role models.

After the home visits, over half of our group began working on the small house that is being built for Delcia and her 4-year-old son, Joel. Today's work included mixing concrete on the ground and then carrying it in buckets to pour the foundation for her home. Delcia, who herself survived TB, lost two children to illnesses that would have been very treatable if they’d had access to medical care.  She is one of several sisters that have become entrepreneurs and make tortillas which they sell to support their families.

Several others took toys and candy to visit others in the area. We saw what appeared to be a well, and Emily insisted that we needed to go pray for the people we saw there.  While some of us visited another home and prayed for the 3 children there, Emily and Paola went to the well.  Emily shared later that earlier this week while she was in prayer the Lord had shown her a woman who appeared to be drawing water and that she was to pray for her.  We don’t know what God has in store for this woman, or any of the others we meet, but we know He loves them and has a plan for their lives. We pray that they see Jesus in us and will be drawn to His light. 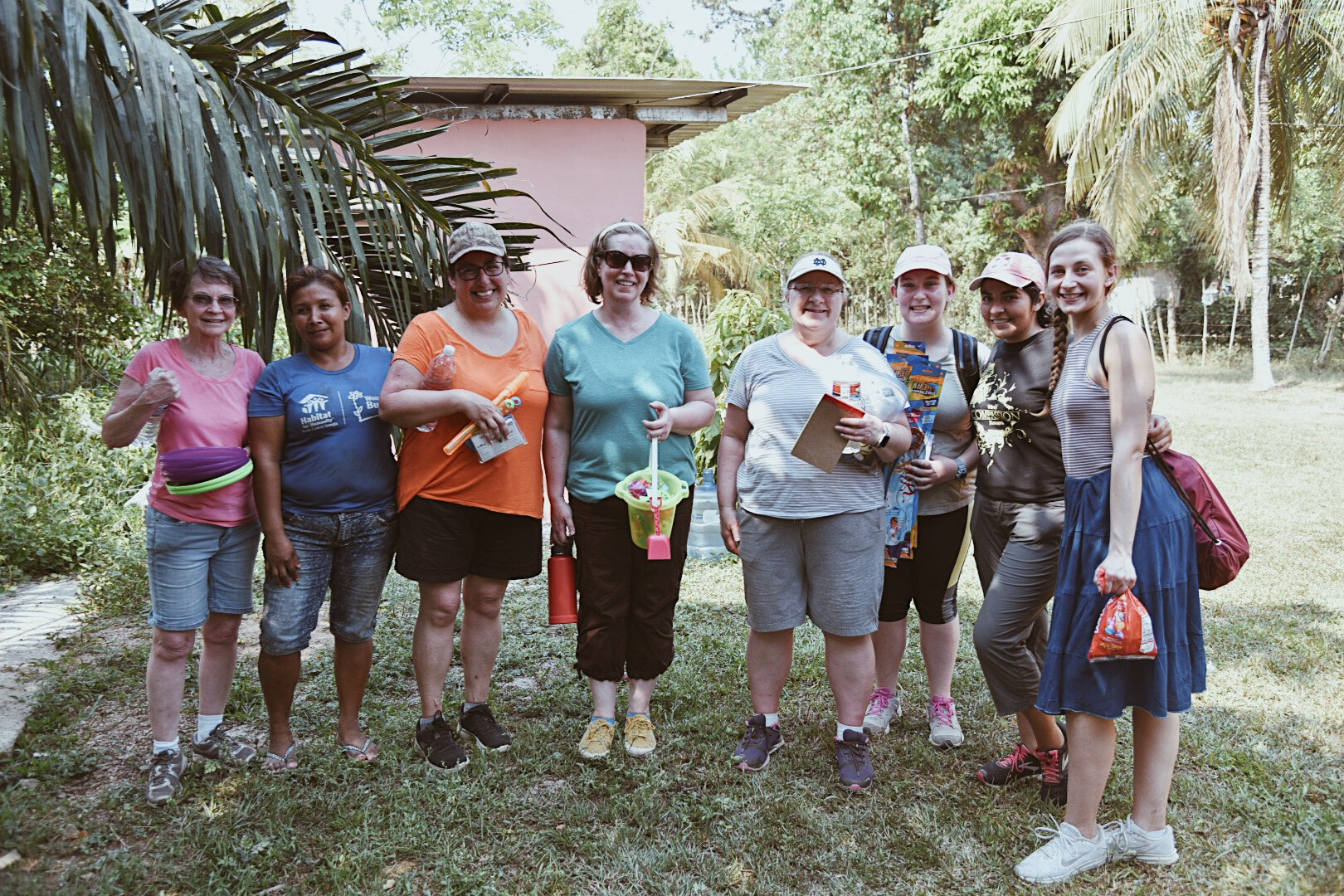 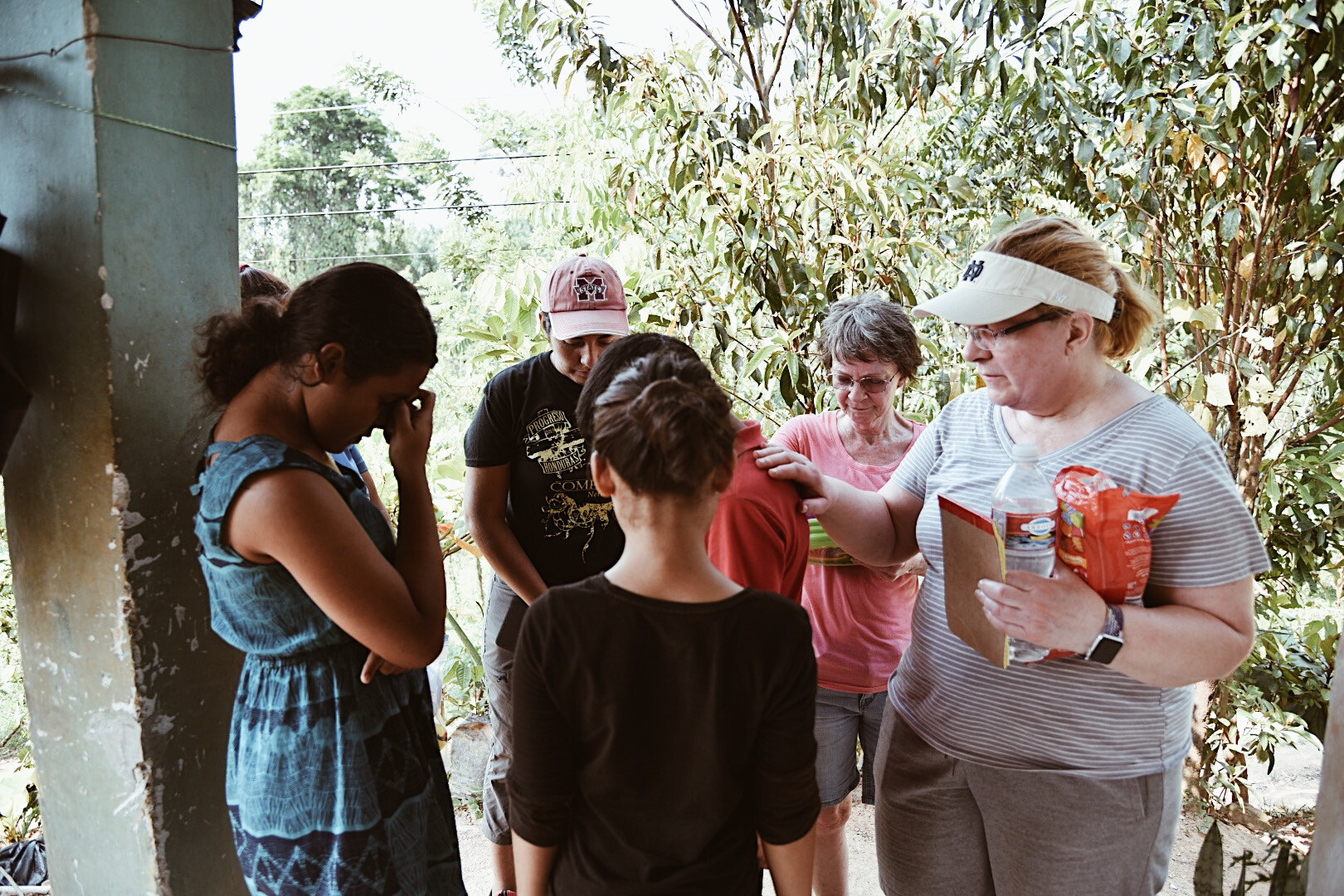 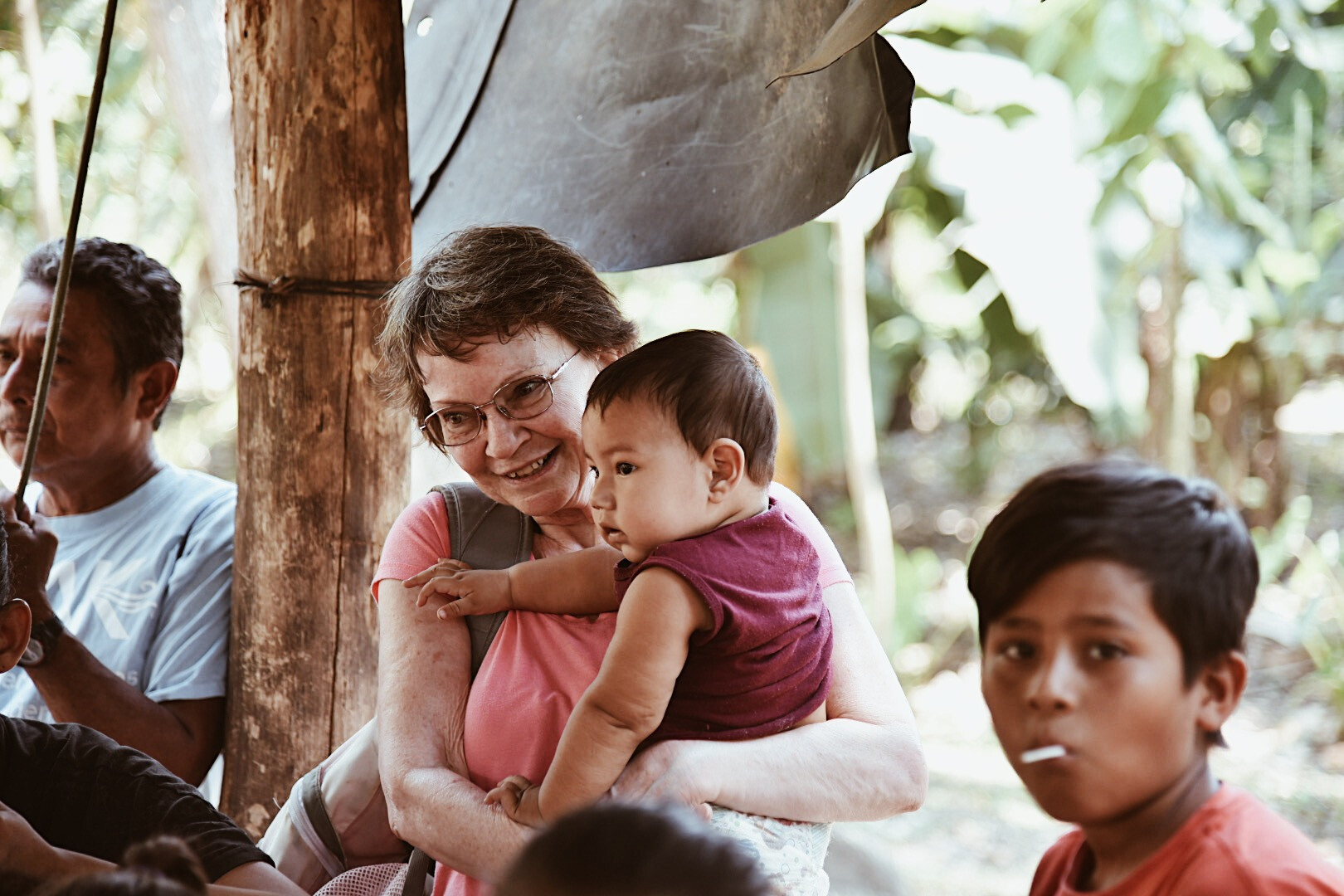 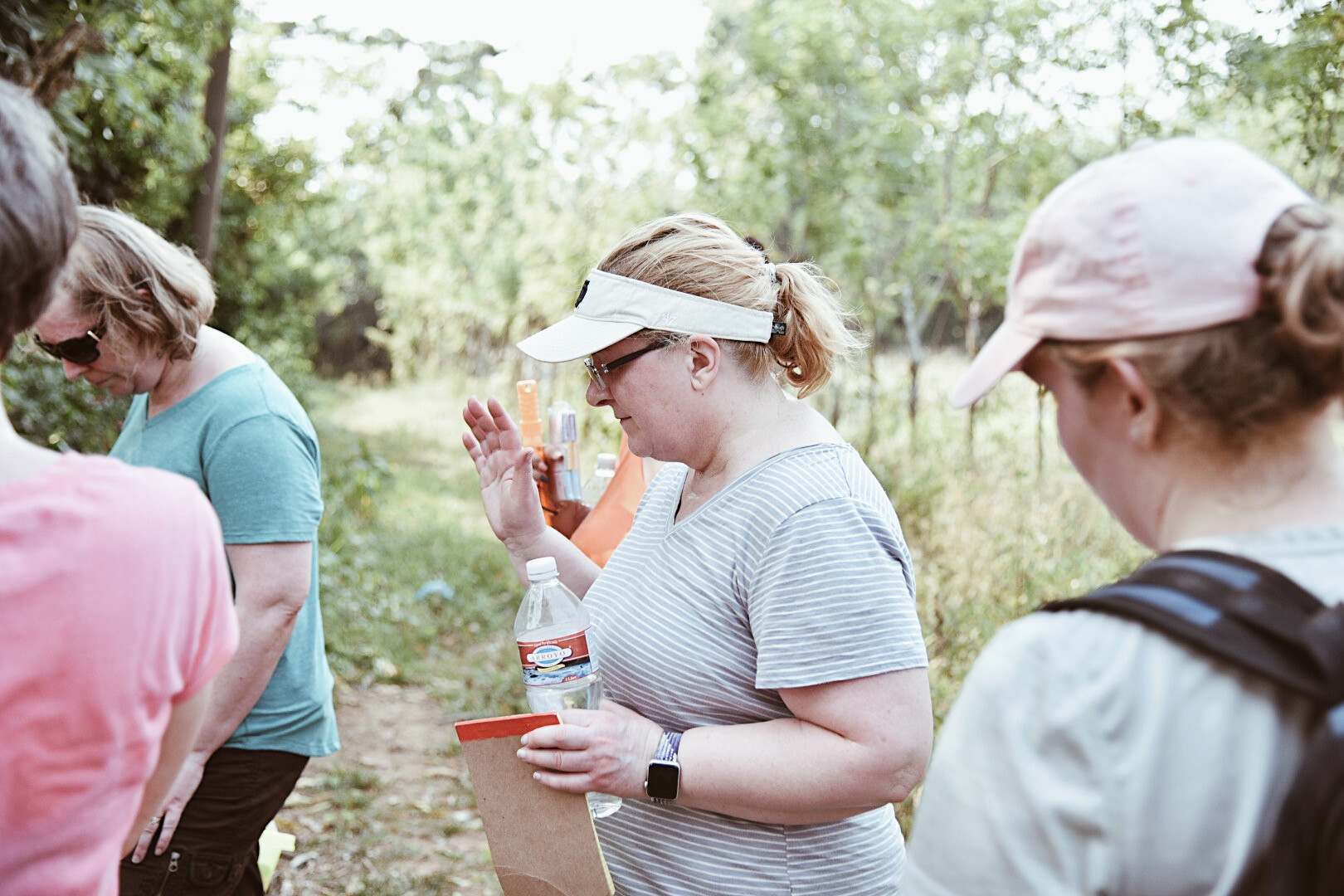 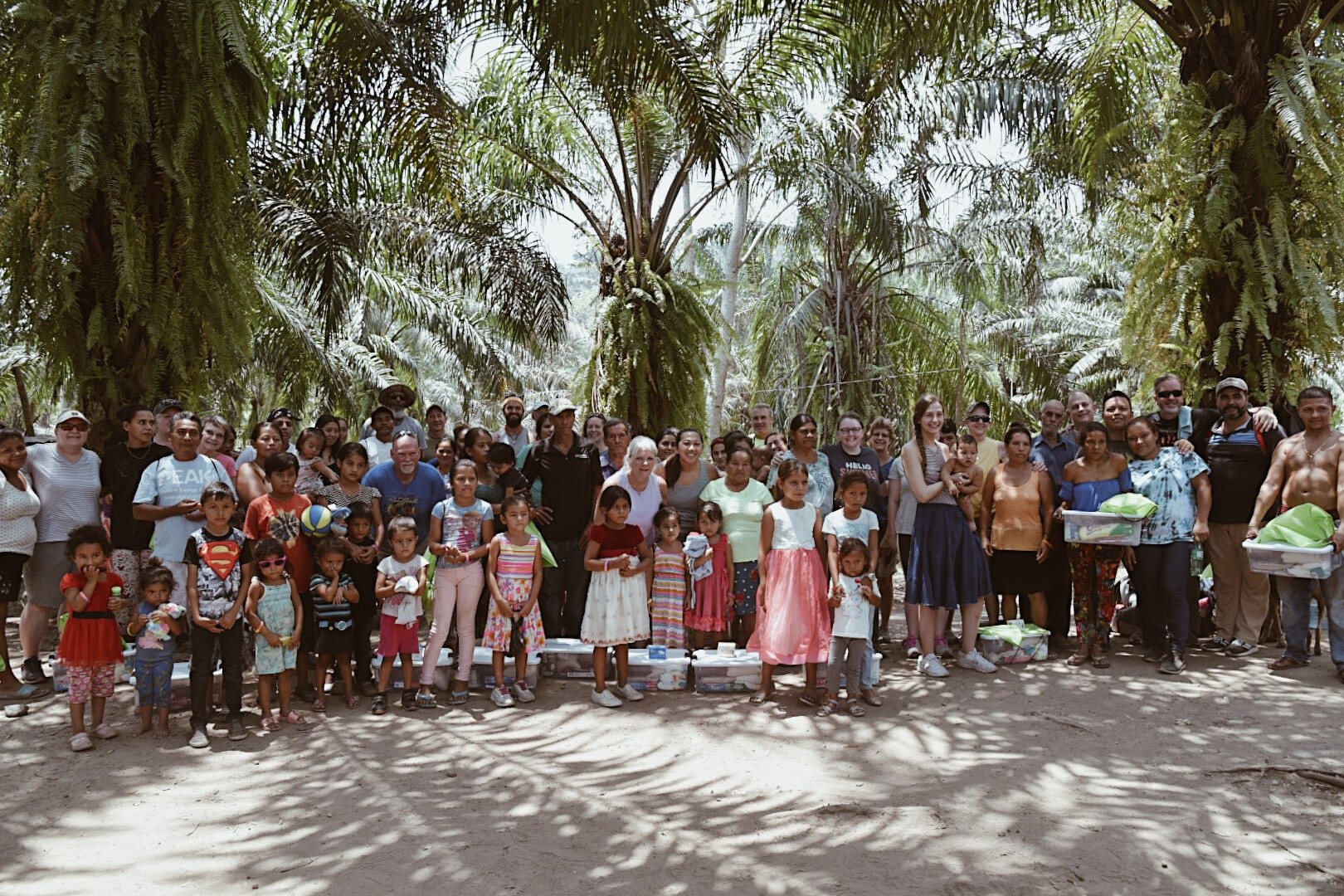 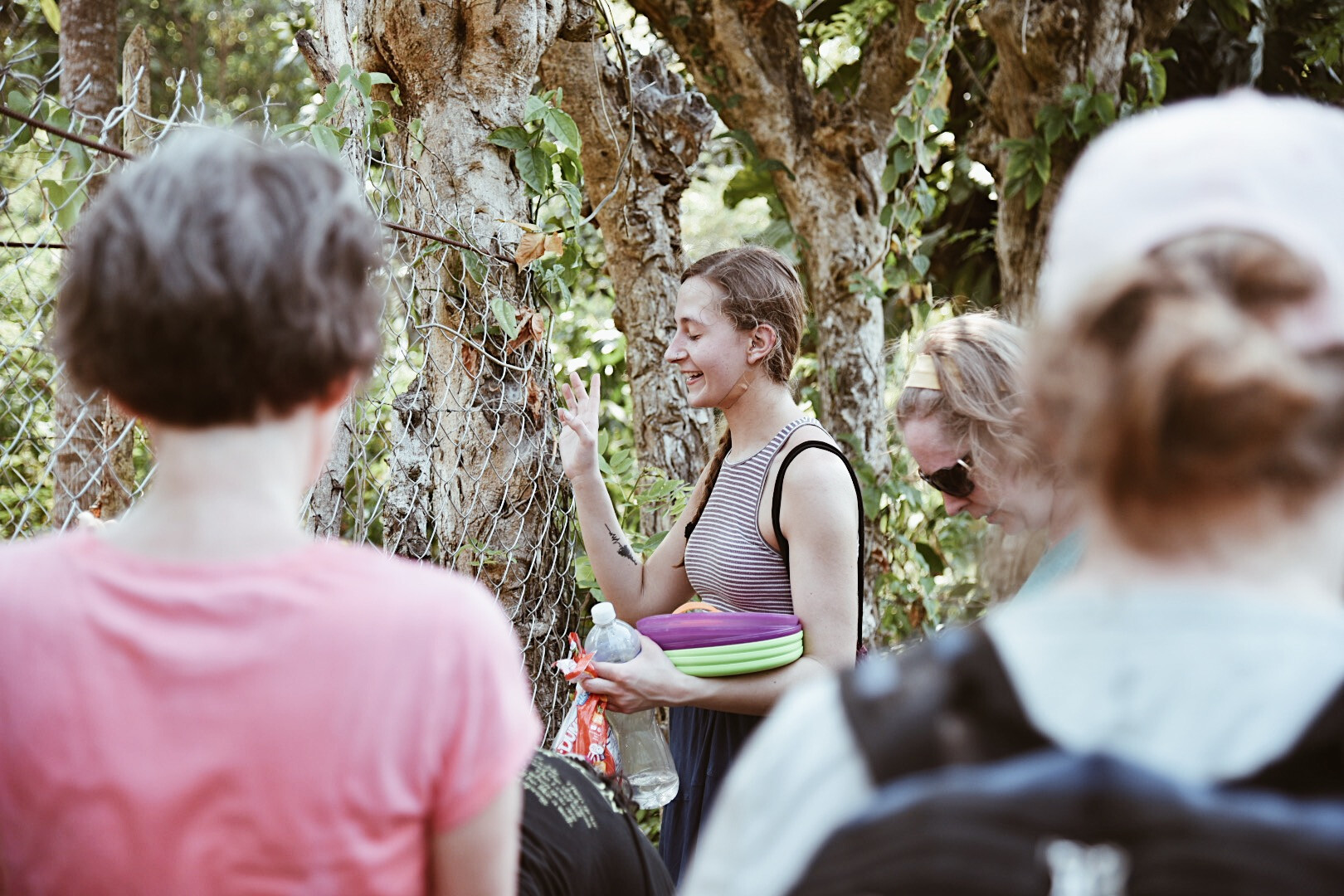 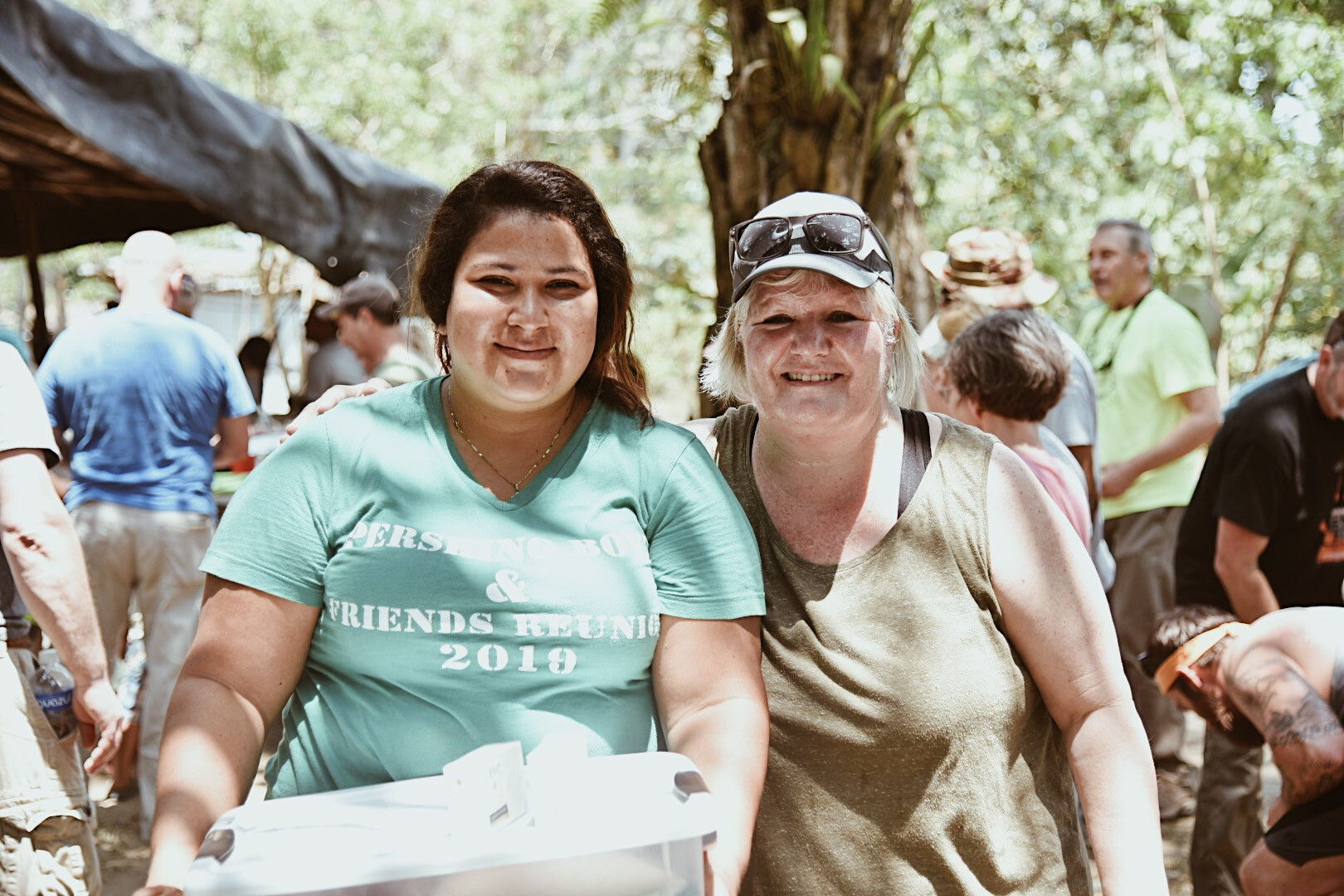 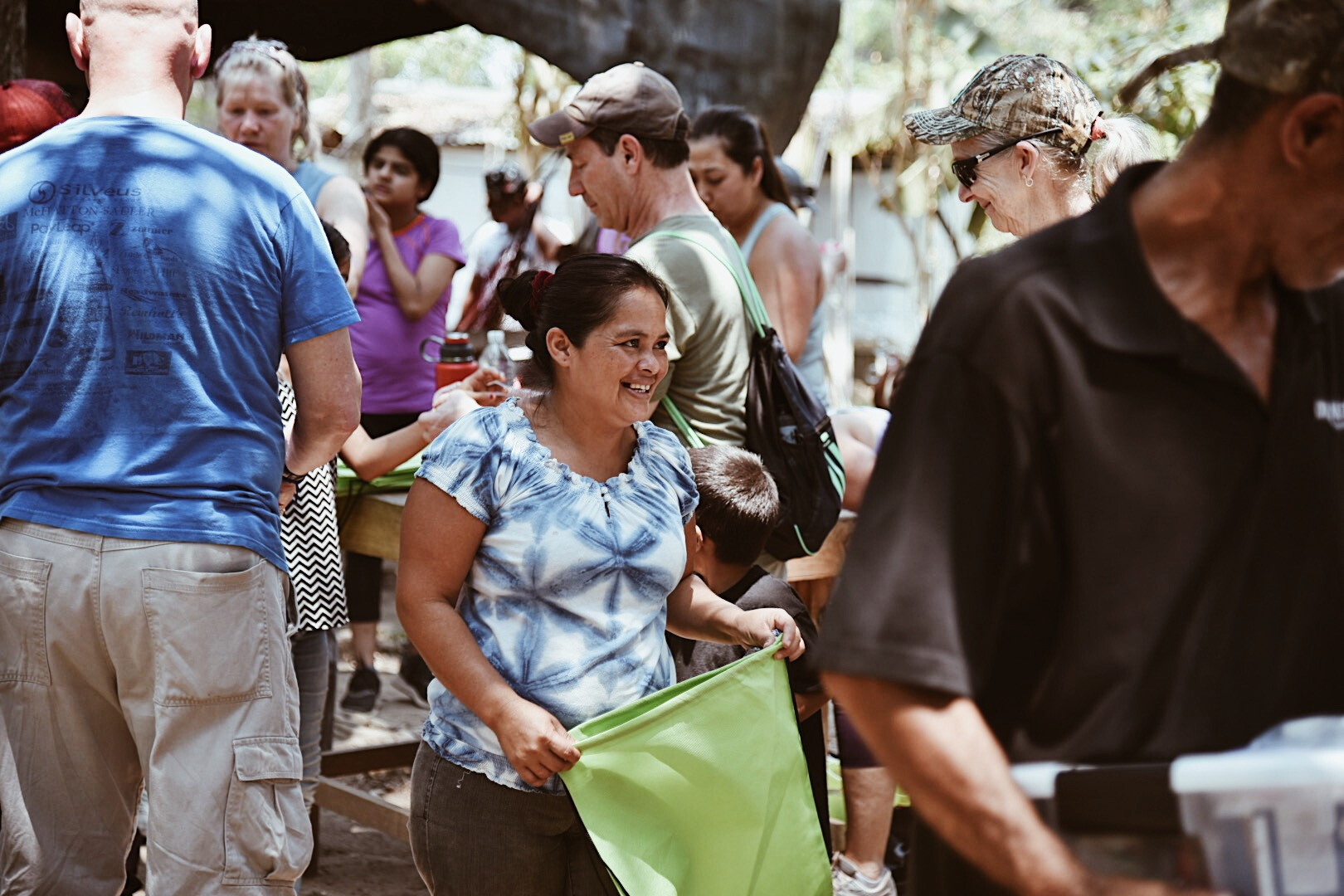 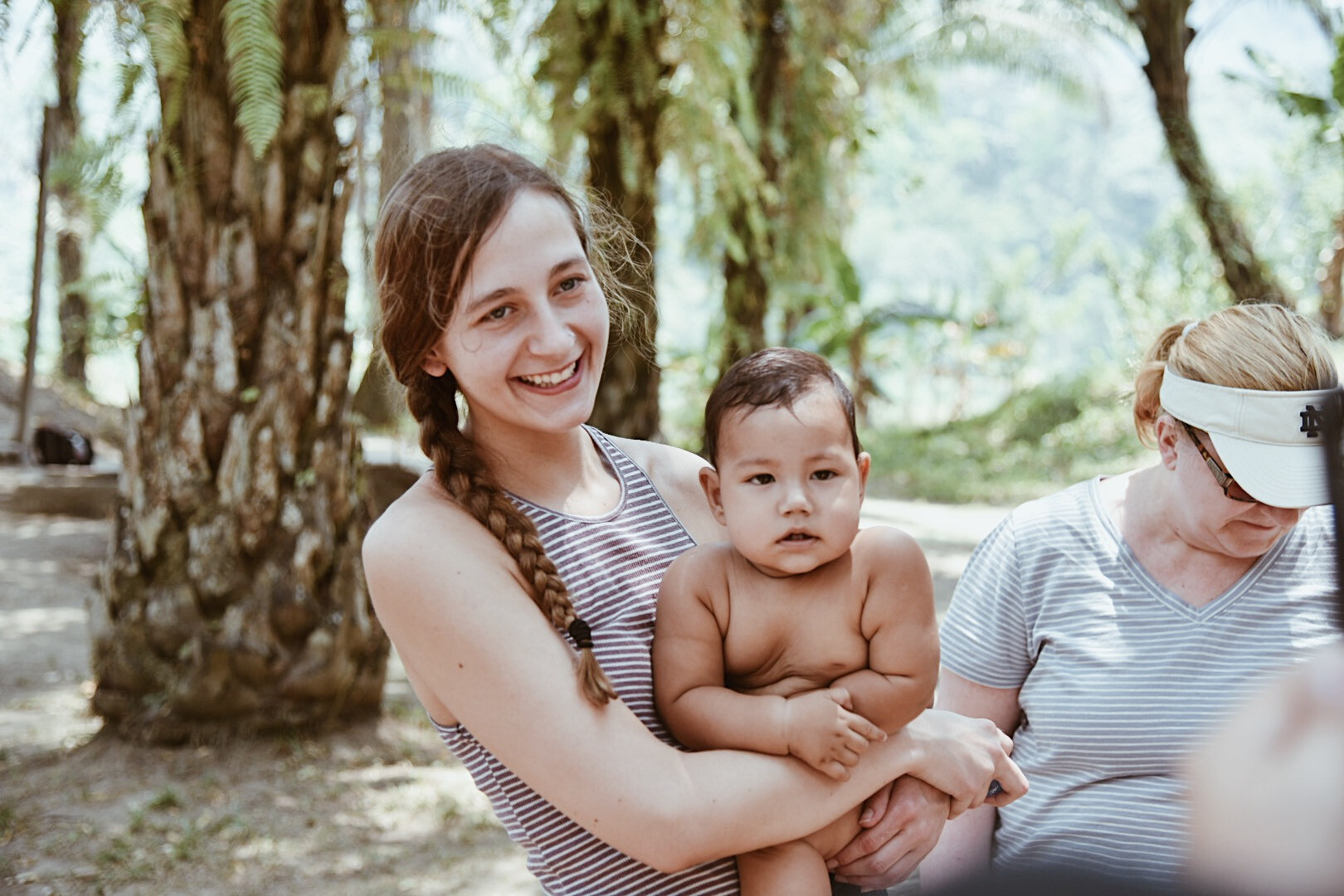 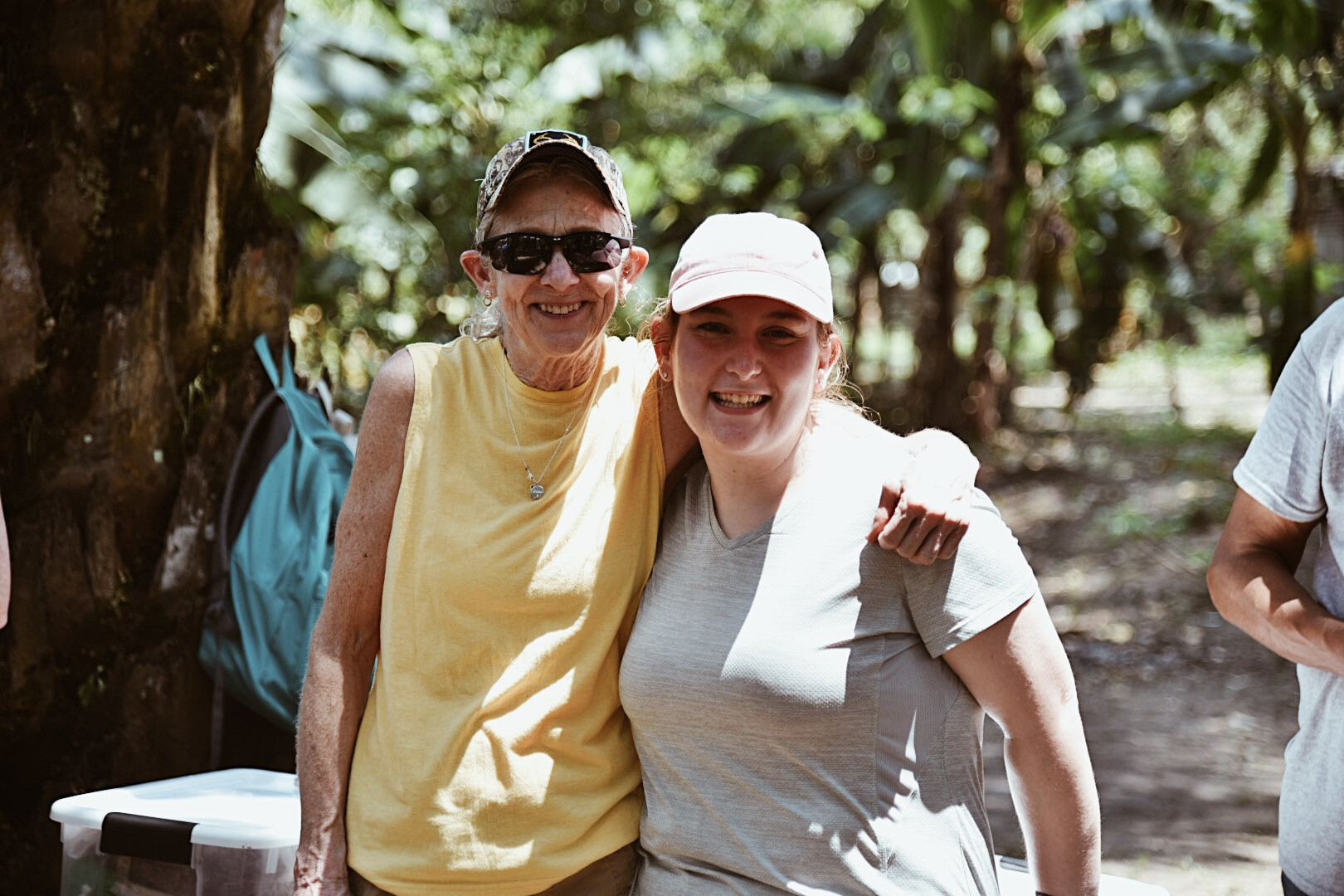 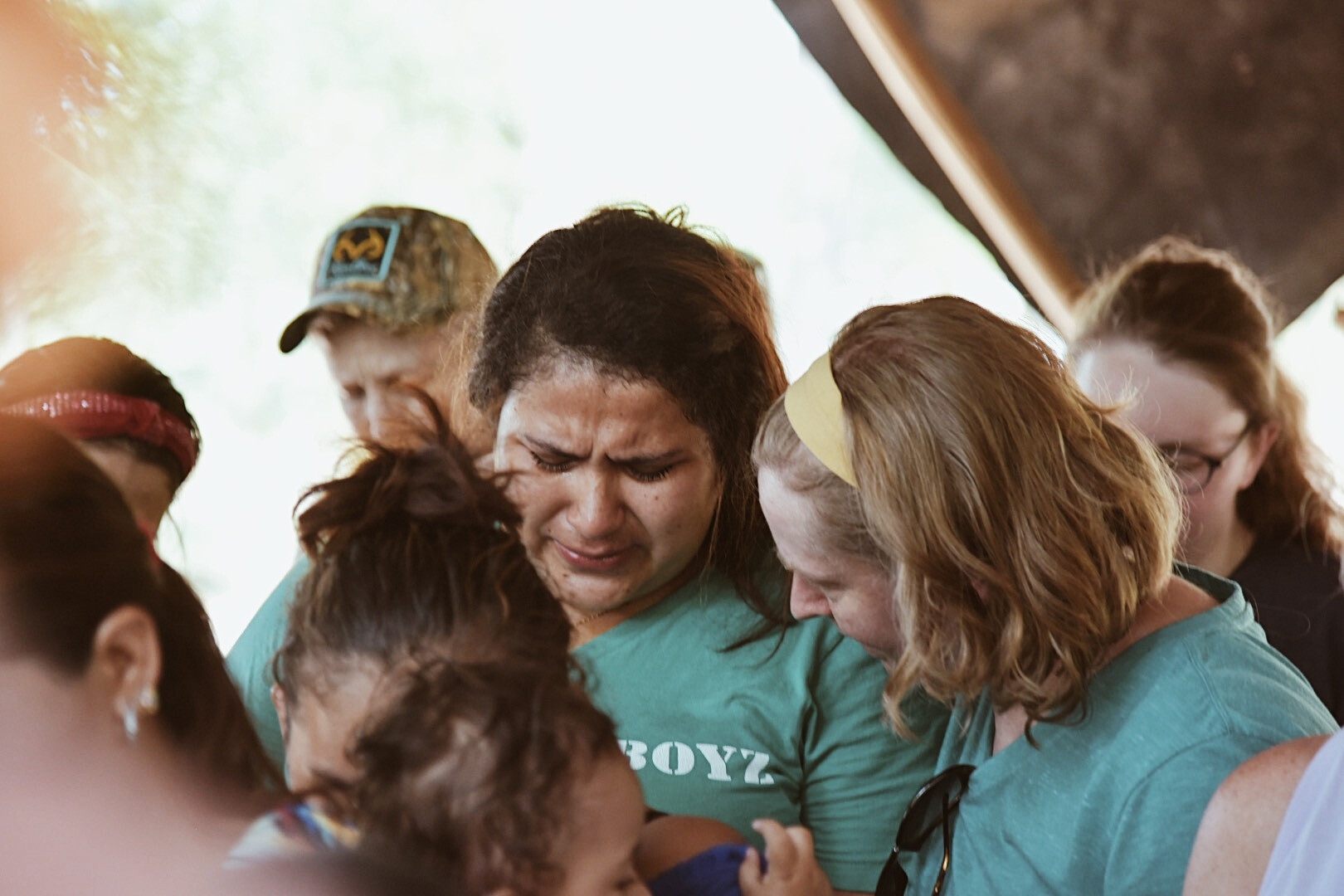 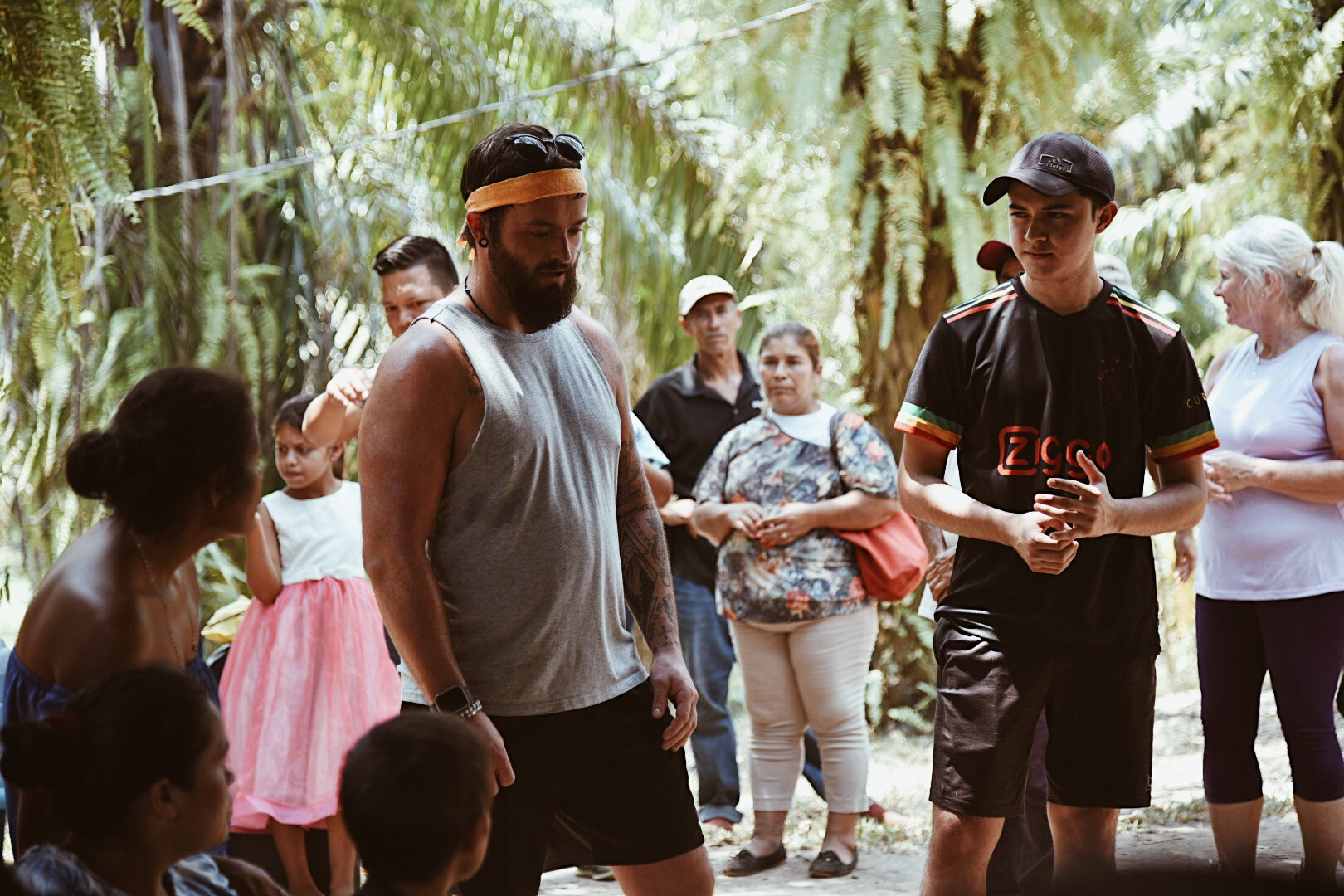 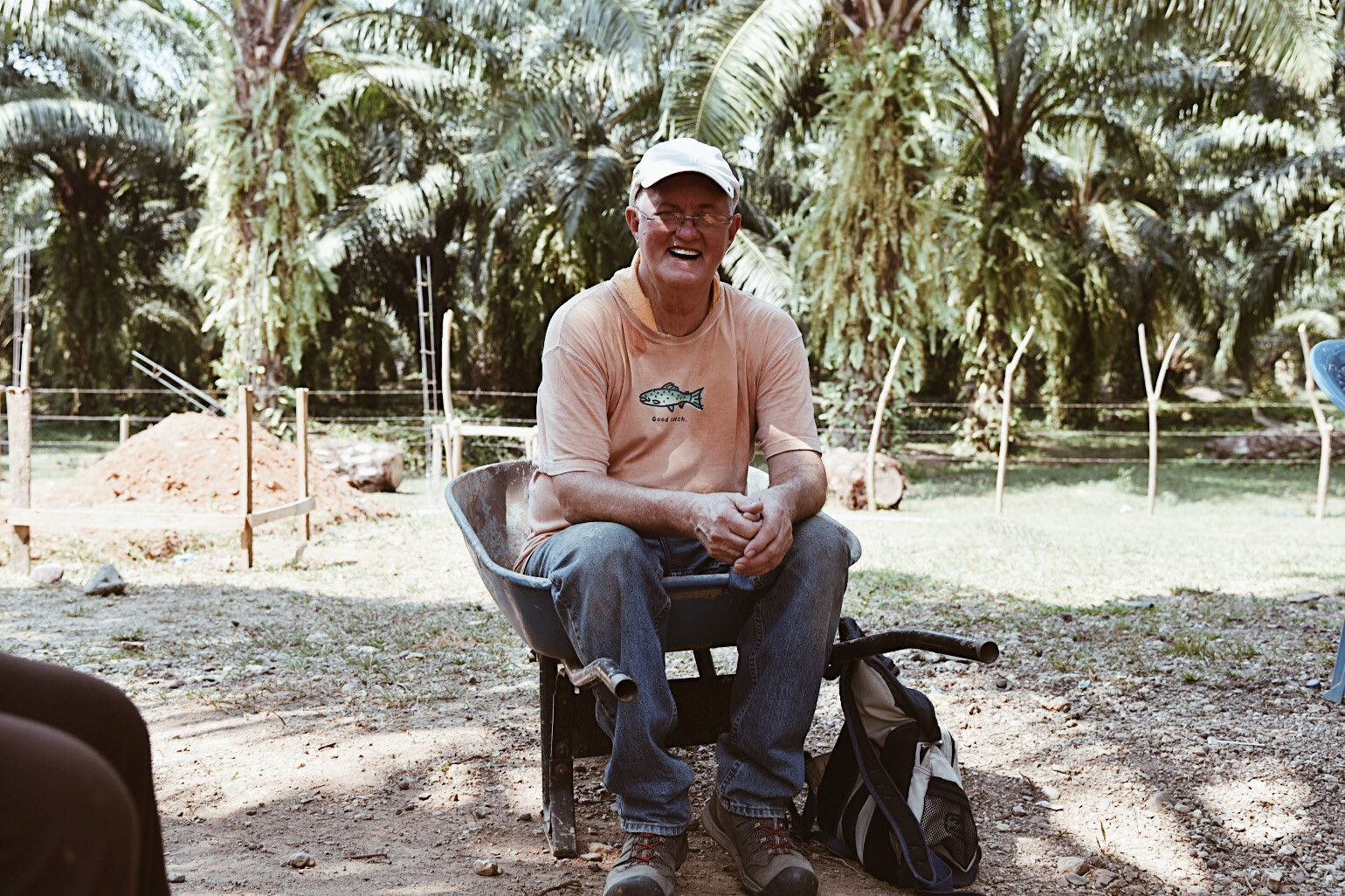 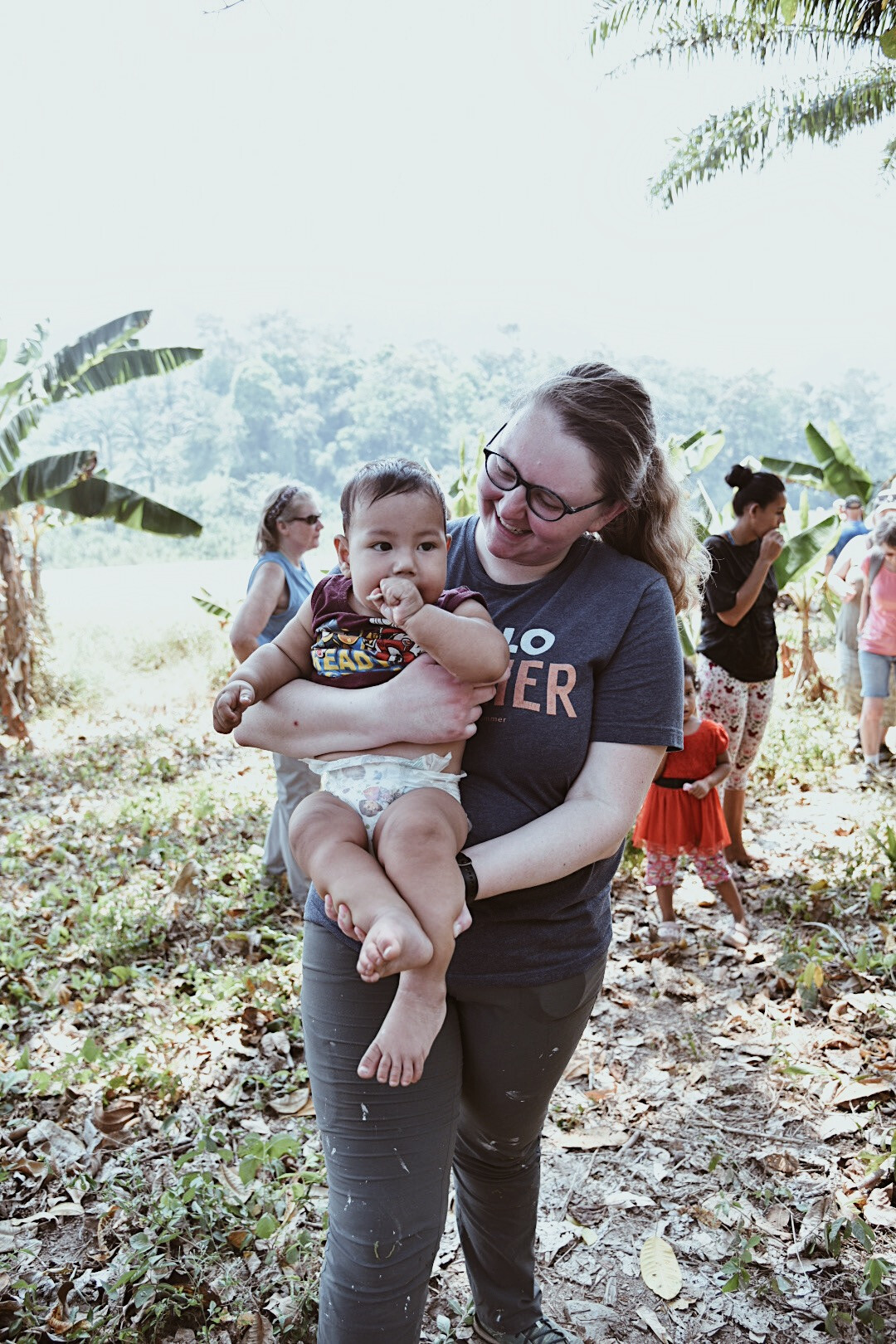 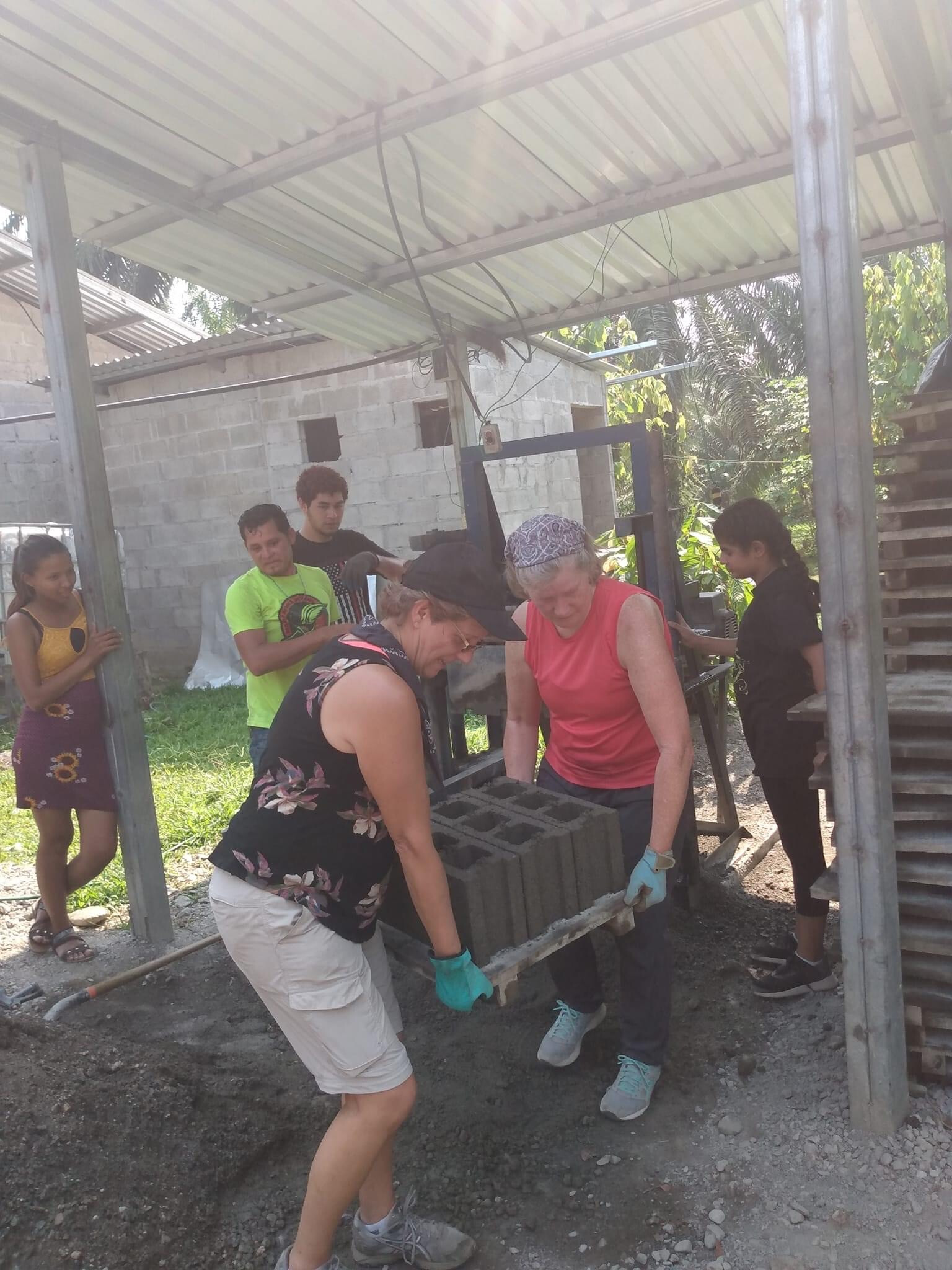 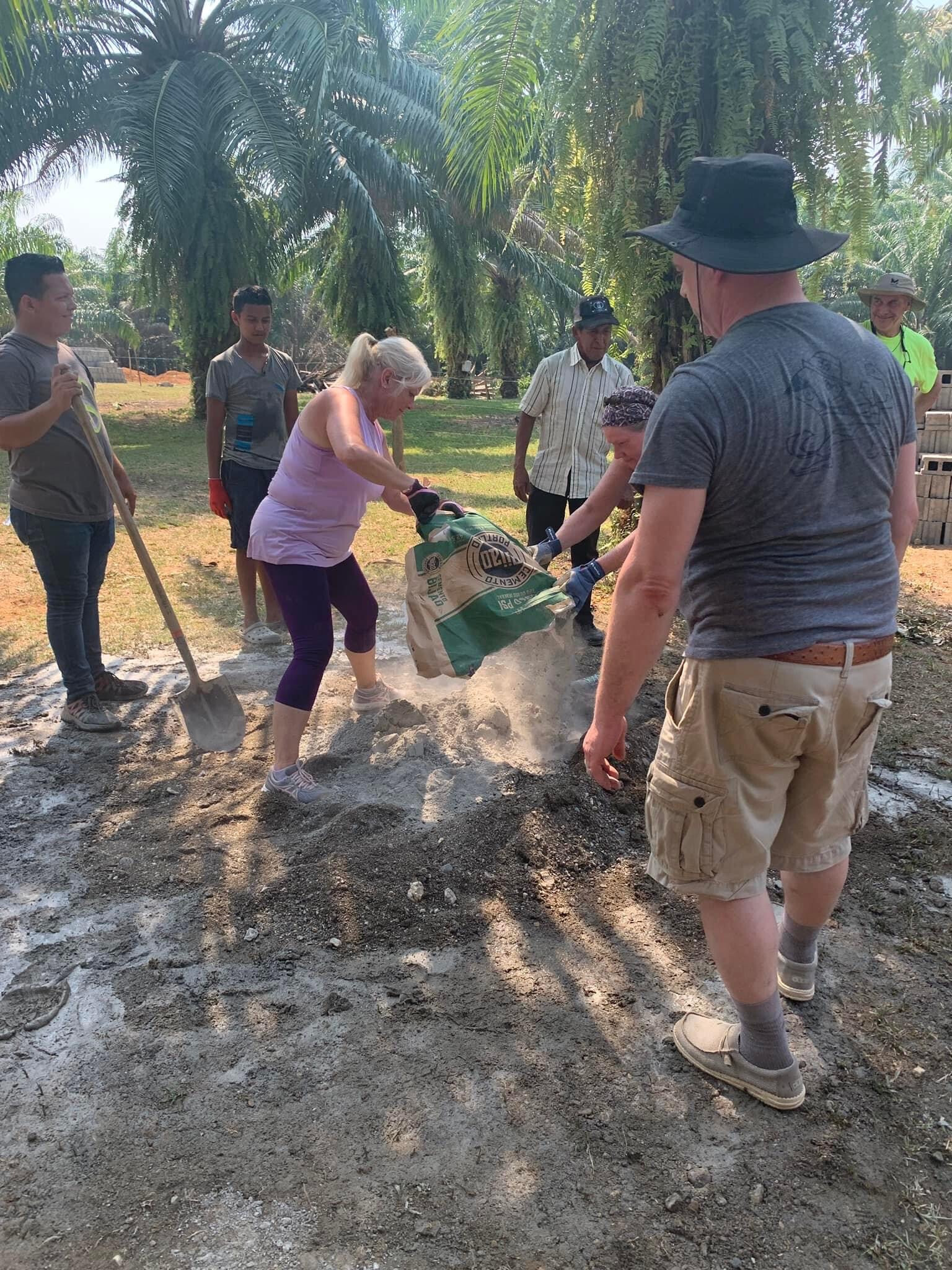 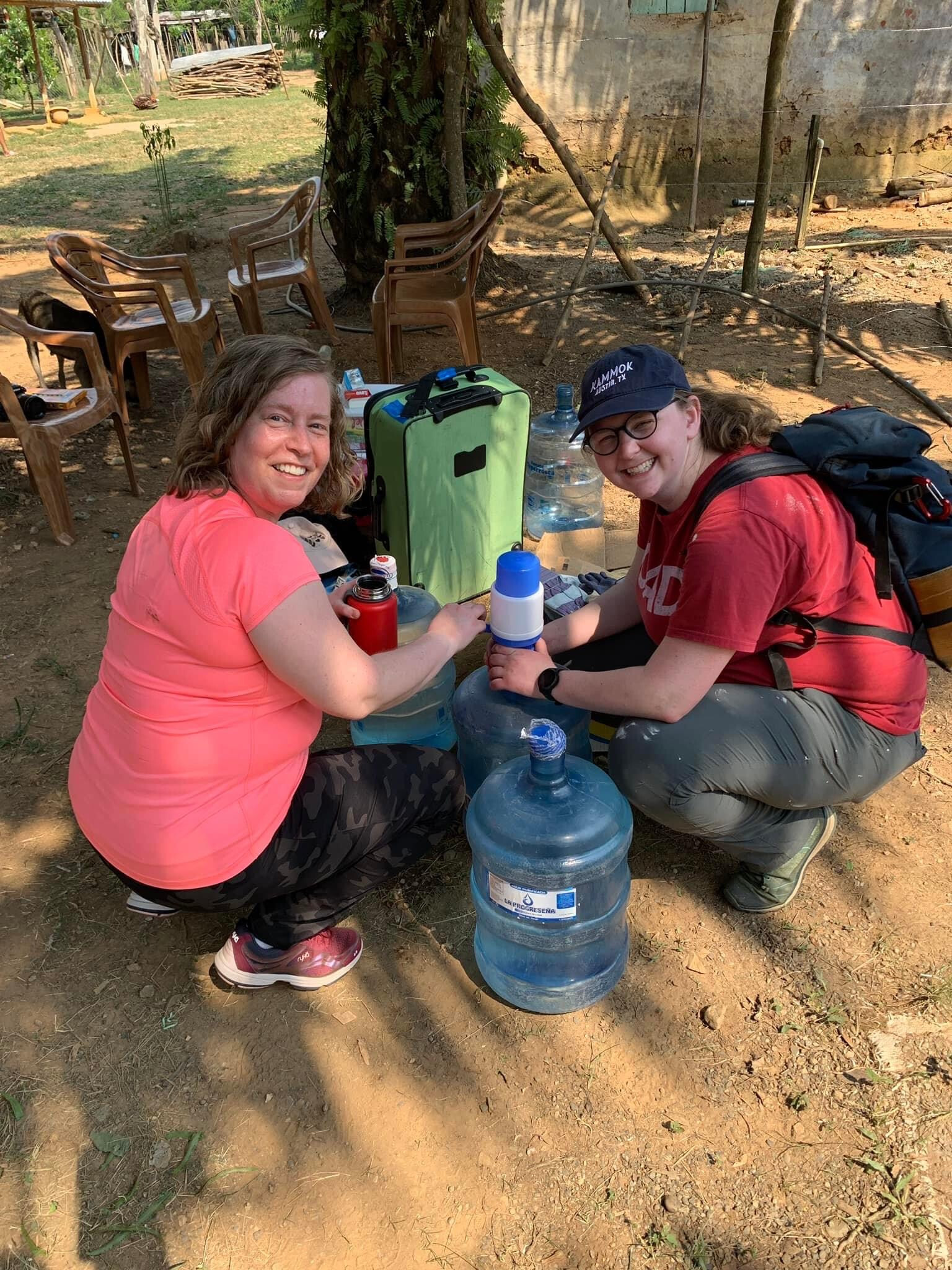 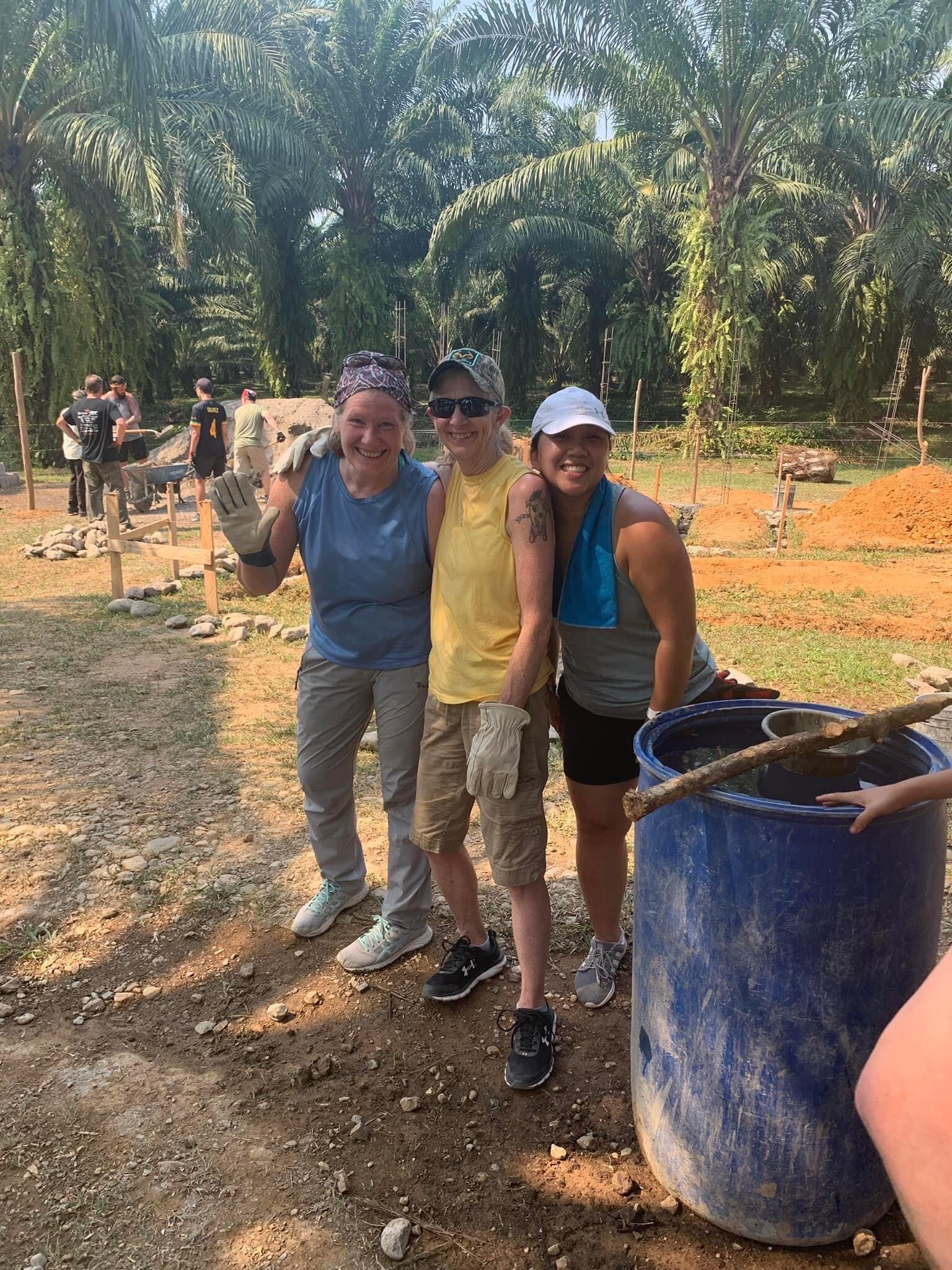