Our annual Rebuild Mission Trip is underway. For the last several years The Vineyard Church has done a domestic construction-based mission trip and this year our trip is the New Life for Women Farm in Northwest Illinois. New Life for Women is a 15-acre farm where women who are recovering from sex abuse, trafficking and drug abuse spend a year.

This place is amazing and God's fingerprints are all over this place - but more about that in a minute. 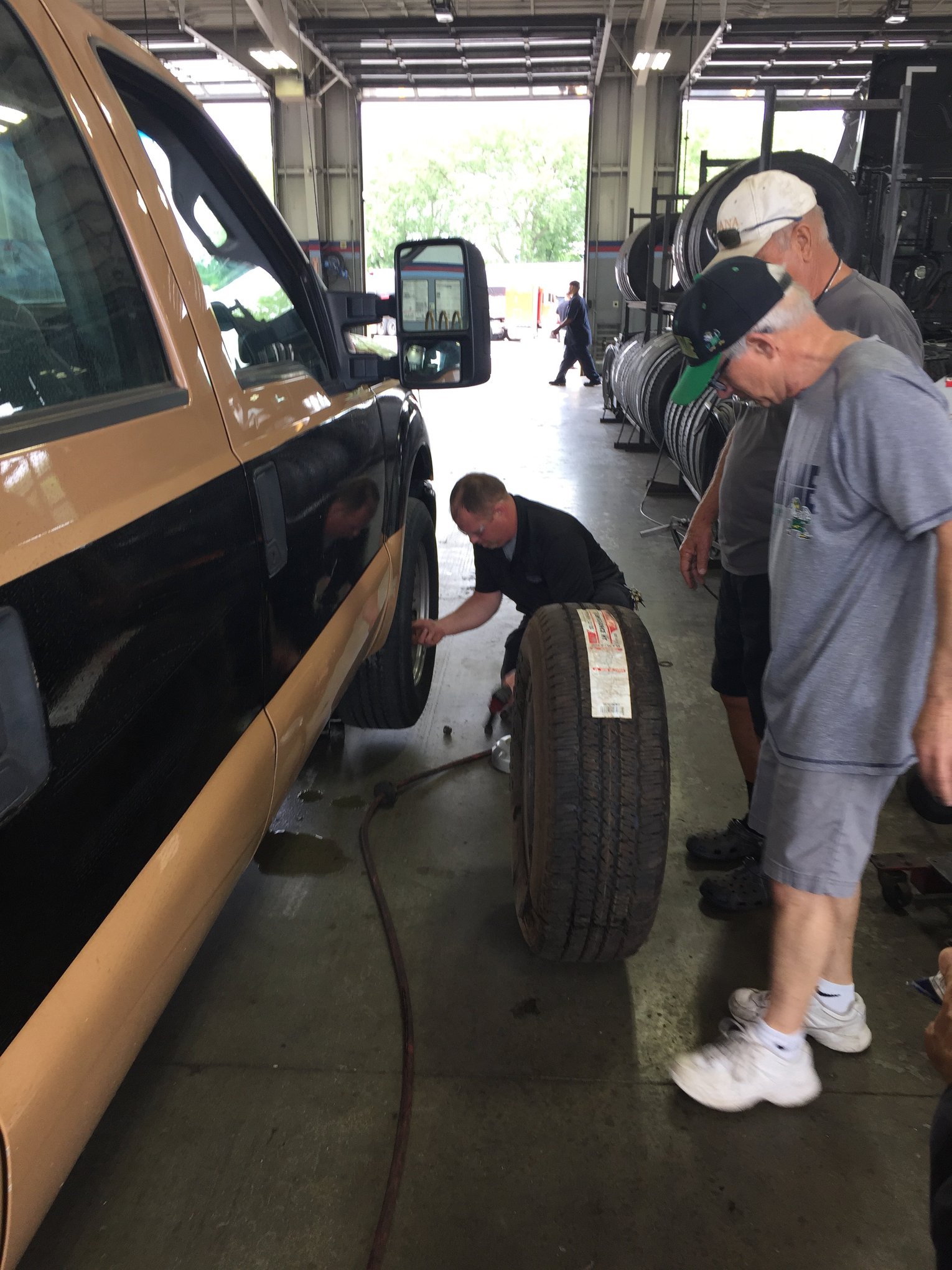 Our trip started on Sunday afternoon. After being prayed over, we loaded up into three vehicles and stared our mission. A few minutes in we realized we had an issue. One of the vehicles had a nail in a tire and was slowly losing air. After an unsuccessful stop at a gas station, we realized the tire needed to be replaced. After limping along to a truck stop in Chesterton, we met our first angel of the trip. The service manager, Brian, helped us - even though he was getting ready to leave for the day. He swapped out the tire with a spare and didn't even charge us. Instead, he just said we could say a prayer for him and have a great mission trip - thank you, Brian.

Traffic through the Chicago area was rough and cost us some time, but we eventually arrived at New Life, met with Pastors Gary and Jackie, got settled into our sleeping quarters and crashed for the night. 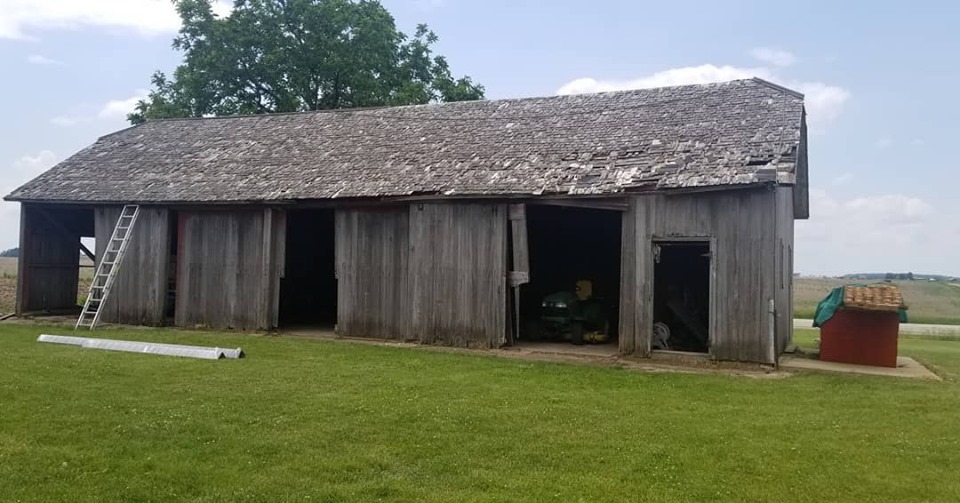 Monday morning the construction began. Or, more appropriately, the destruction. Our primary building project this week is installing a steel roof on an old barn that is in pretty rough shape. Pastors Gary and Jackie's vision is to turn this old barn into a community center. Many of our team could not see that vision when we started, but by the end of the first day, I think we all see the vision coming to life.

We broke into a few teams - one team began stripping off the old cedar shakes; another team began shoring up the framing by replacing a bunch of rotting lumber, and a third team cleaned up the mess the other two teams made. I think that team had the hardest job because the 30mph winds took the shingles everywhere! By lunchtime all the old shingles were off on the west side, the rotting wood was replaced, and we reached a spot where we needed a few supplies.

During this "downtime", Paul, John Rachel replaced a broken toilet in the pastors' home. And another group cleaned out a storage shed where we will be working later in the week. 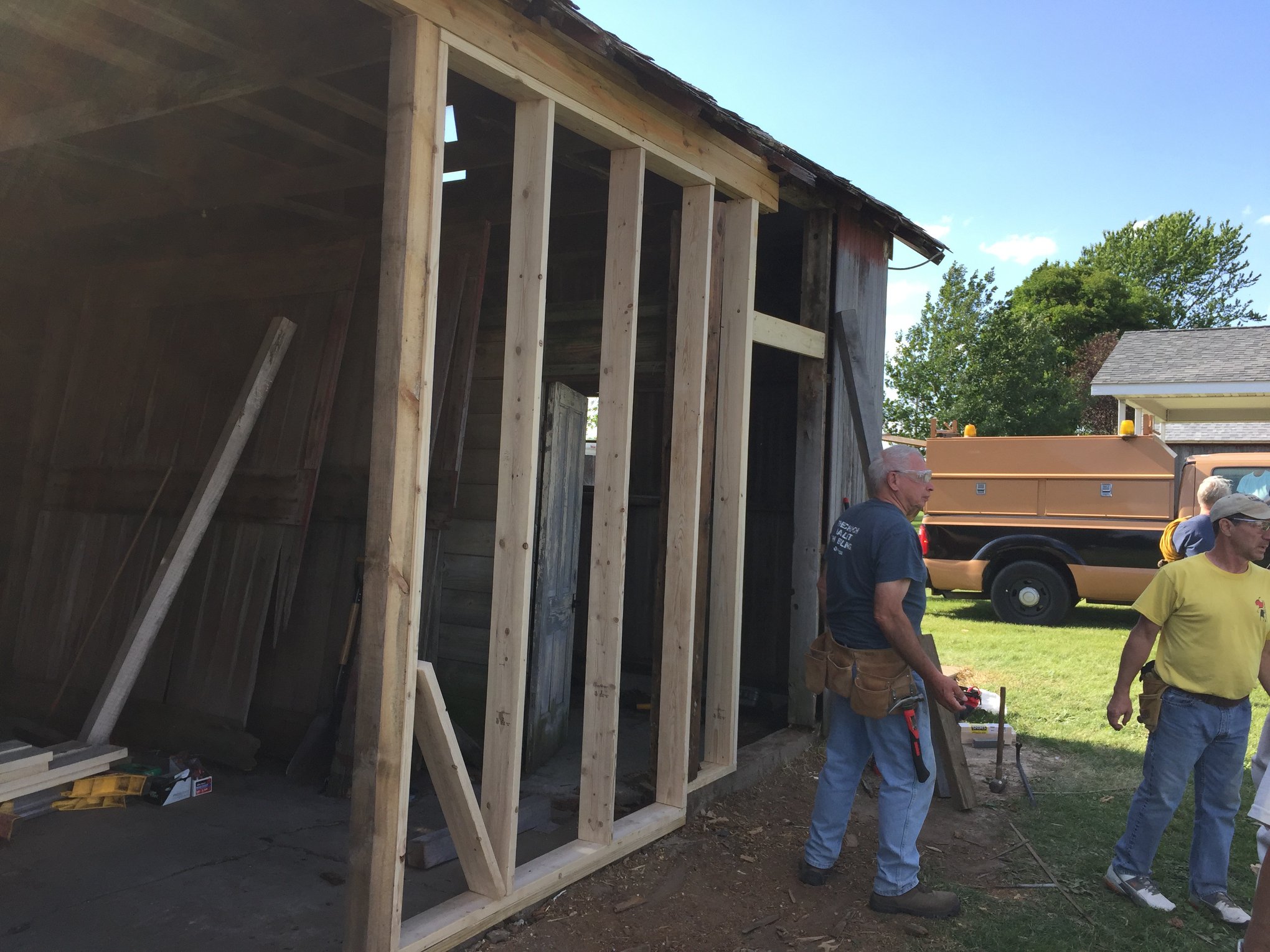 After the supplies we were waiting for arrived, it was a mad dash to get the new plywood (or as Daniel passionately calls it, OSB) on the west side before we finished for the day. While one group was finishing that, the other group was finishing the framing on the east side of the building 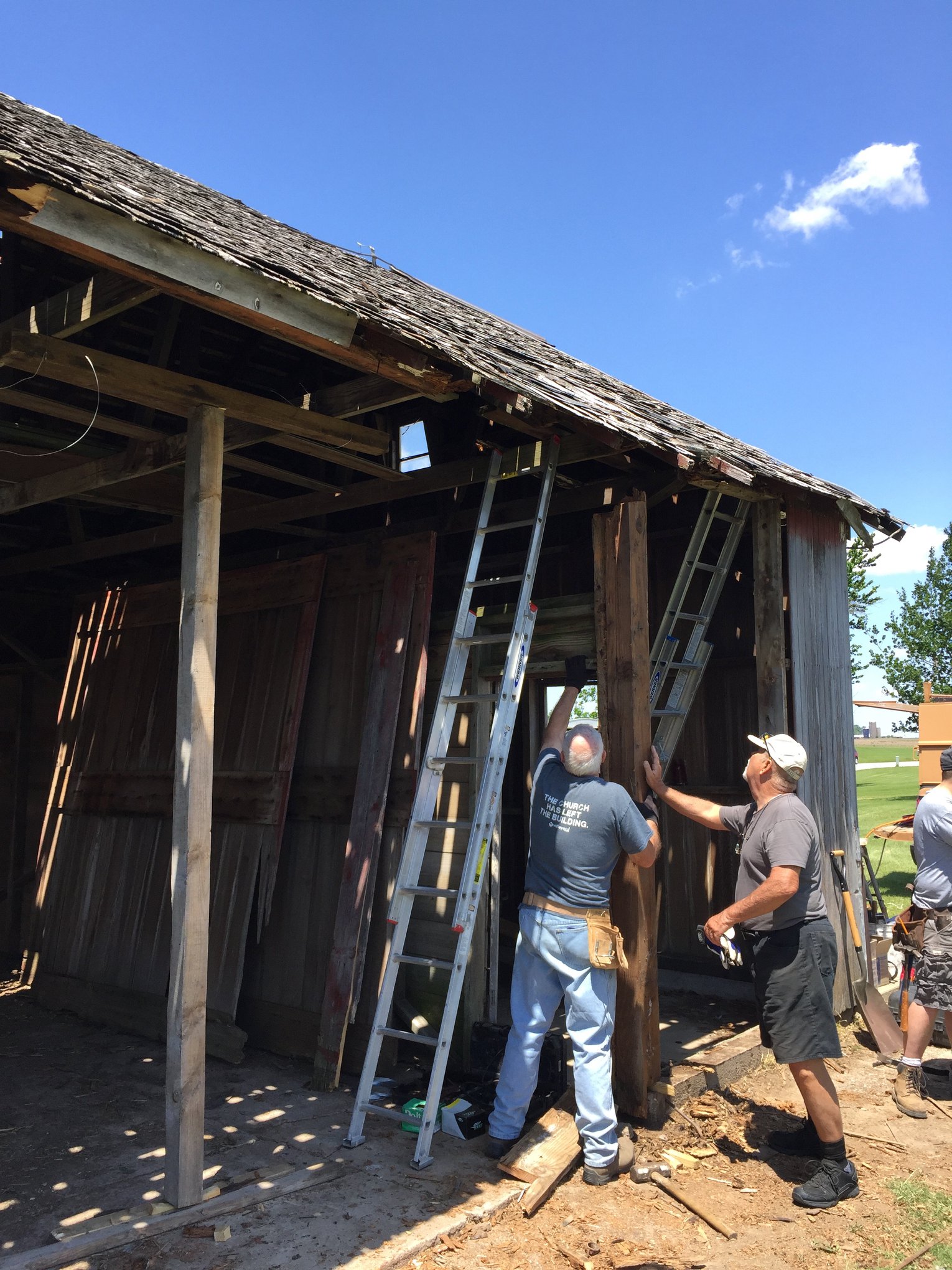 A tremendous amount of work was done, and the team is coming together quickly.

From a people standpoint, during the day there was one of the residents that considering leaving the farm (well before the 1-year mark). This is very disappointing because the success rate for women that stay for the full year is 85%. She spent part of the day working with Laurel and during our team debrief we were told that she has decided to stay!

We are all pretty tired and a little sore; but we survived the day without injuries. Thanks for all your prayers! God is so good and I can't wait to see what he does during the rest of this trip.