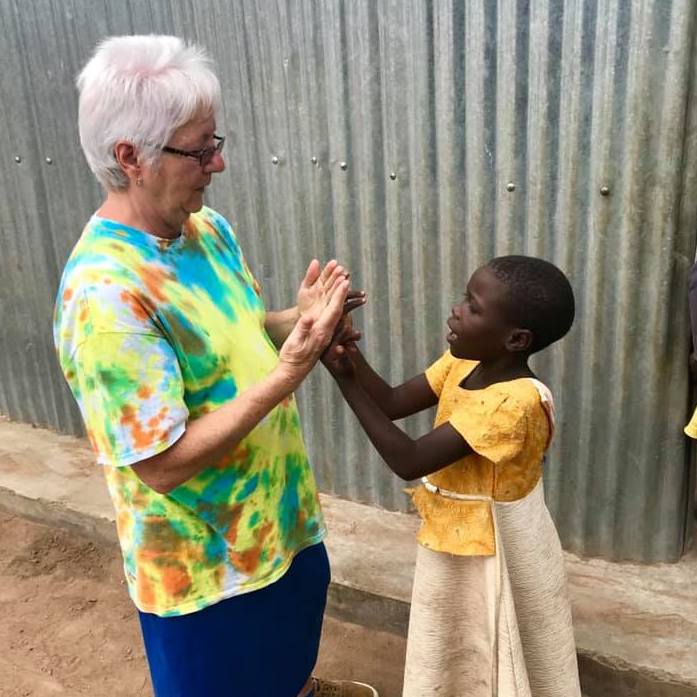 After a quick breakfast this morning, we were picked up for the trip to Dreamland at 8am. Pastor Stanley prayed for our day and off we went to pick up supplies in town. There was so much traffic! Motorcycles, cars, bicycles, and people walking along the side of the road. I was amazed that our driver, Bongutu, was able to get on the road. The ride still felt bumpy but we have gotten pretty used to it. 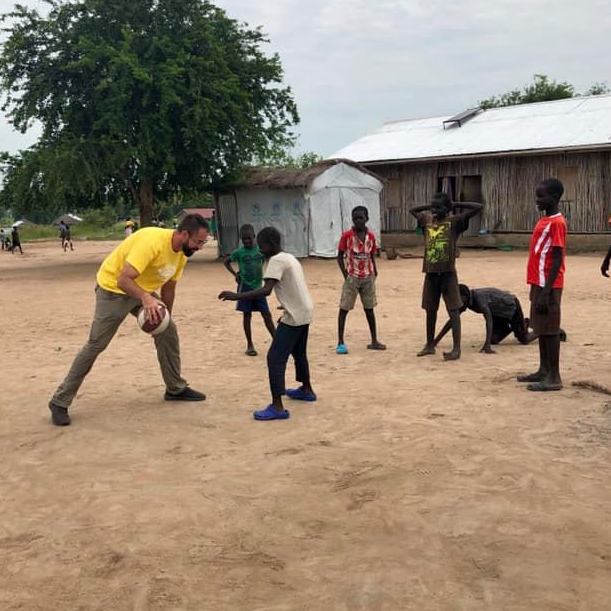 The kids were excited to see us when we got to the camp and I loved seeing their smiles. We started the day off by looking for Jay’s glasses, as he lost them at the Dreamland yesterday. We were worried that they may have been broken or lost for good. After looking for a little while, one of the boys ran up with the glasses, completely intact! He said they had found them on the ground yesterday and took them back to the dorm for safe keeping until we arrived again today. It was a true God story for Jay. After that, a couple of the girls taught me a hand clapping song. It took many repetitions but they were very patient teaching me. Phil taught the kids how to play four square and how to “guard” in basketball while Jay worked on finding the best backdrop for the kids’ photos and Lindsey spent time with the cooks and kids who were helping make breakfast. 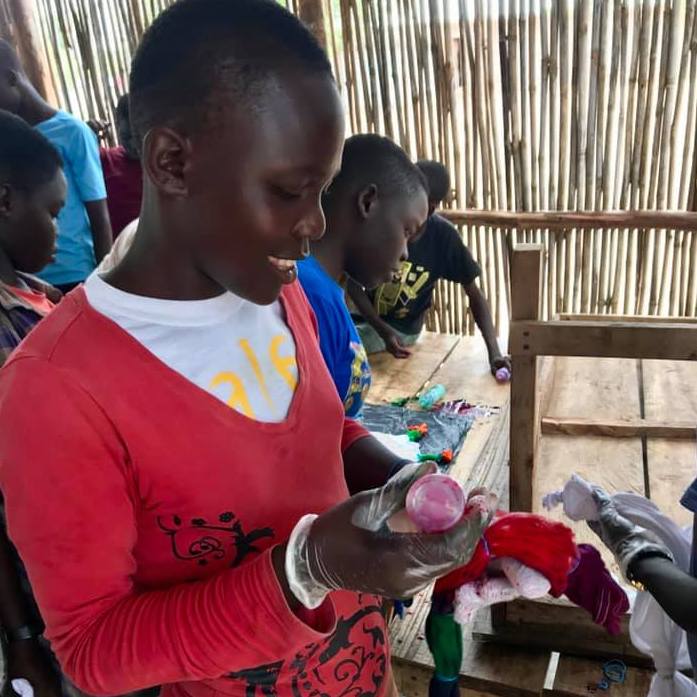 The plan for the day was for the kids to make tie dye shirts, get their individual pictures taken, and of course a lot of play time. While Lindsey and I set up for the tie dying project, Phil played Simon Says with the kids and then organized a game of “keep the beach ball off the ground” with the girls competing against the boys. The kids squealed and cheered each time their team won. Once we were set up for tie dye, we brought the older girls in to learn how to put rubber bands and dye on the shirts so that they could help show the younger kids how it’s done. After around three hours of chaos, lots of laughter and creativity, all 140 shirts were done. We can’t wait to see how they turn out! 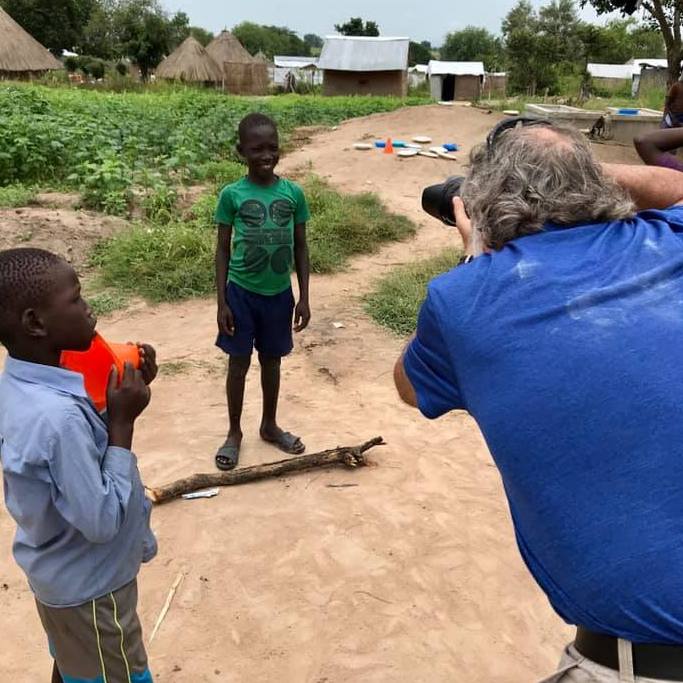 While Lindsey and I worked on the shirts, Jay began his project of taking photographs of all the children. He had some assistance from Phil and some of the older boys, who helped get some of the more bashful kids to smile for their photo.  The pictures turned out great! Phil also had the opportunity to take some videos of the kids stating their name and what they want to be when they grow up. It was fun hearing some of their answers and to encourage them in their hopes for the future. 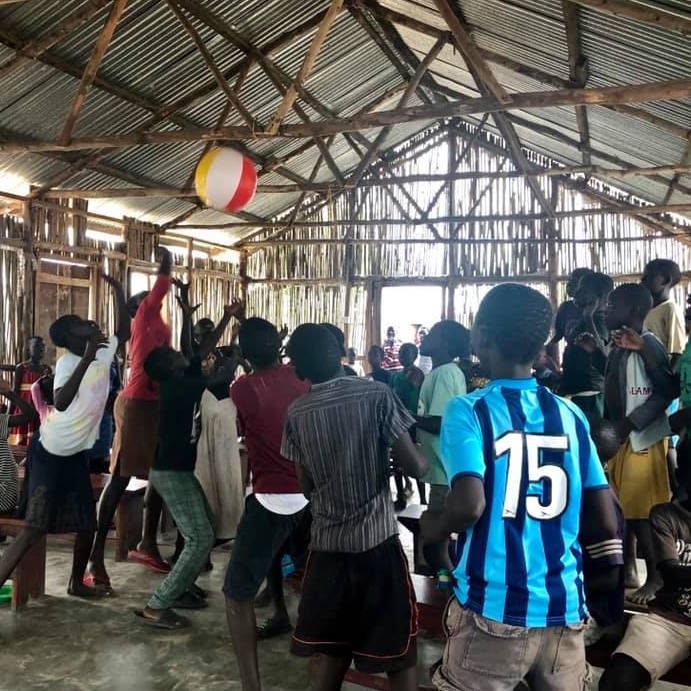 After the children ate their lunch, Jay finished up the photos and Phil played some more games with the kids. Lindsey brought out some temporary tattoos that she applied to many willing arms. Monica and Faith enjoyed looking at pictures of my grandkids on my phone. As we sat together, Monica told me she had been at the Dreamland in Yei, South Sudan and how scary it was when they left. I told her how we heard about that and prayed for Dreamland and we were thankful everyone was safe. 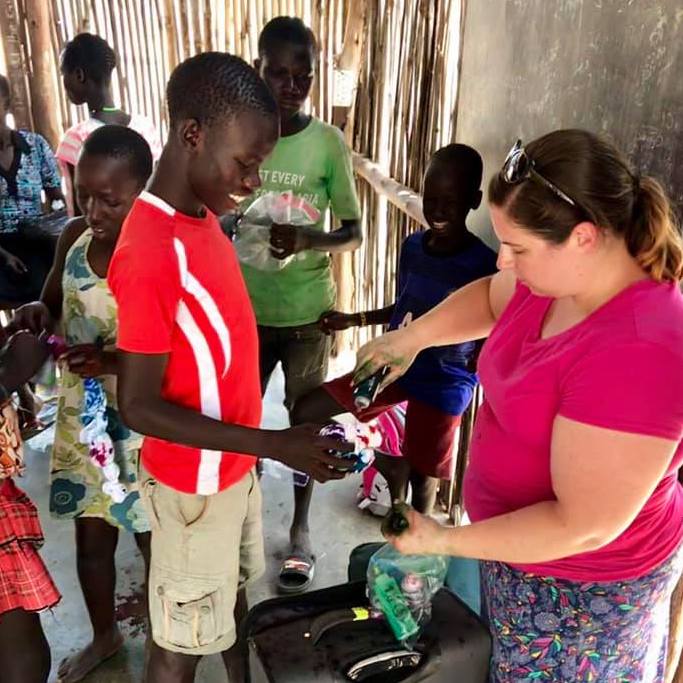 In the morning, we will attend church with the children at the Dreamland. Some of the kids are leaving tomorrow to go back to school but before they leave, we get to have a party with them. I’m looking forward to seeing them tomorrow. It’s getting harder to leave them at the end of the day and I know when we leave Monday for the last time, it will be difficult. We’ve had such a great time so far and are looking forward to seeing what God does in the next couple days!