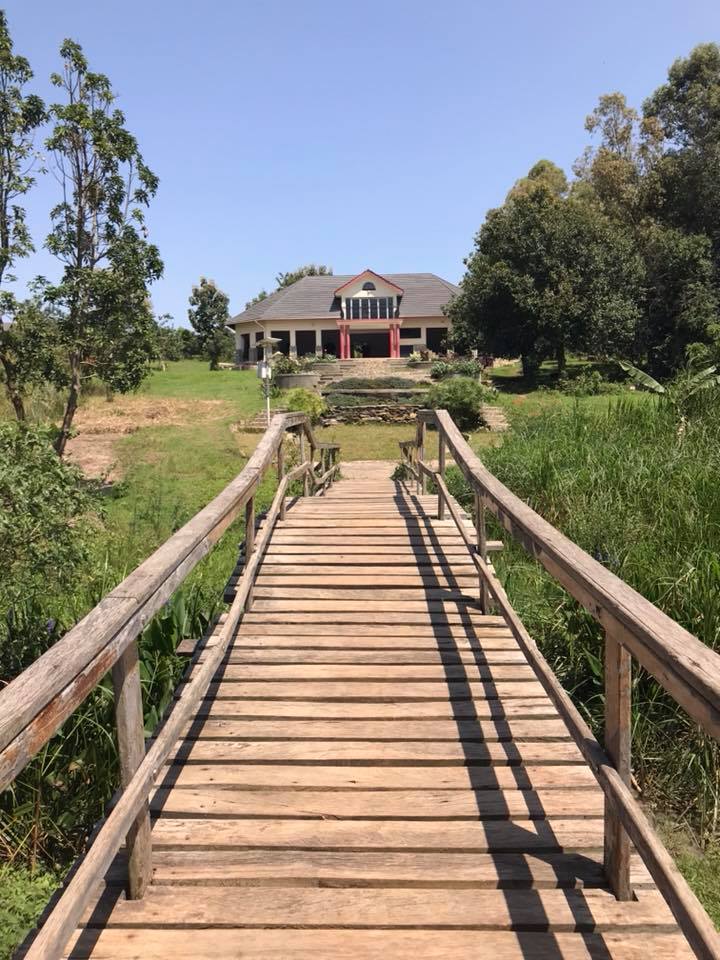 Good evening from Uganda.  The team woke up to a rainy and rather cool morning.  We had our usual breakfast at our YWAM base before preparing for the day. Today was the day…we were FINALLY going to the Rhino Camp to meet the Dreamland children! But in good ole Ugandan fashion, we had to make a few stops.  First, we had to stop by the local bus station to pick up our extra luggage, then we headed towards the airport to pick up our lost luggage that never made it on the plane from Amsterdam, but it wasn’t there; I guess we will try again tomorrow. 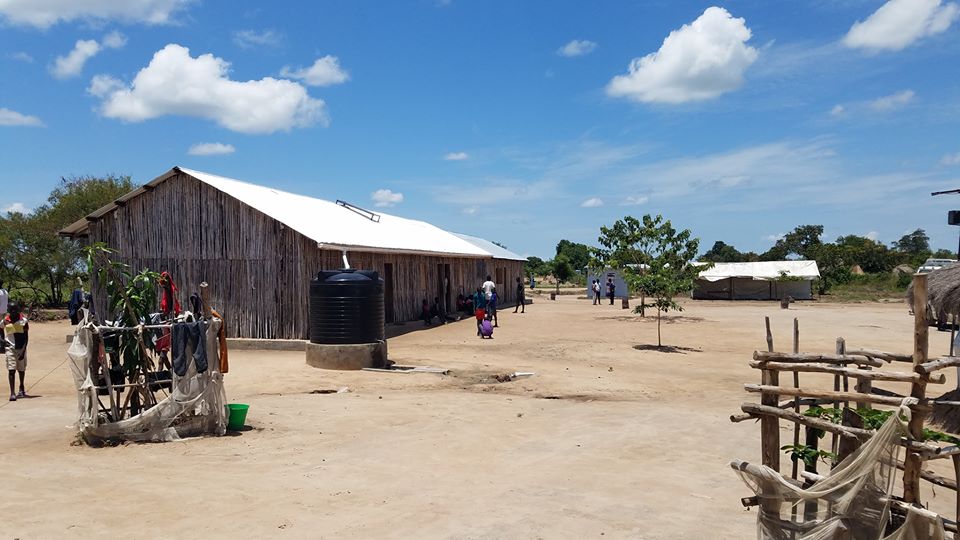 Now, we were FINALLY (for real this time) ready to head out towards the camp.  As one of the #ugandanewbies, we were warned by the oldies that the road to the camp would be a little bumpy; we were not disappointed because they were REALLY bumpy! Paul, our driver, did a great job and got all of us there in one piece, and that includes the van we rode in. 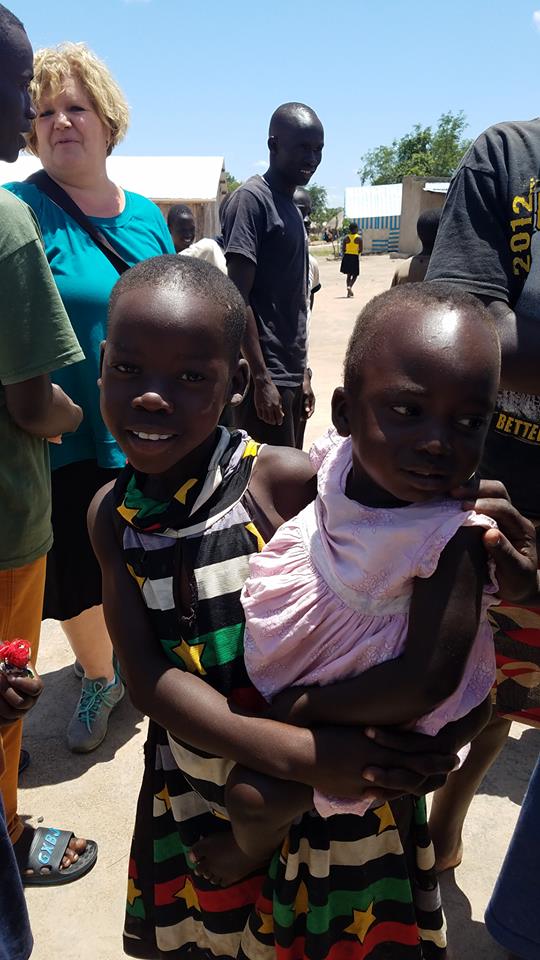 We arrived at the Rhino Camp and were greeted by lots of smiling children! It felt so surreal that we were finally at the Dreamland and were able to see all the children we have heard so much about.  After a quick break for lunch, the team was ready to start the art project!  I was asked to lead the art project this year, so this was super exciting for me.  The first half of the children did amazing, and they did a great job listening to the team members.  Our project this year is a thumbprint painting. 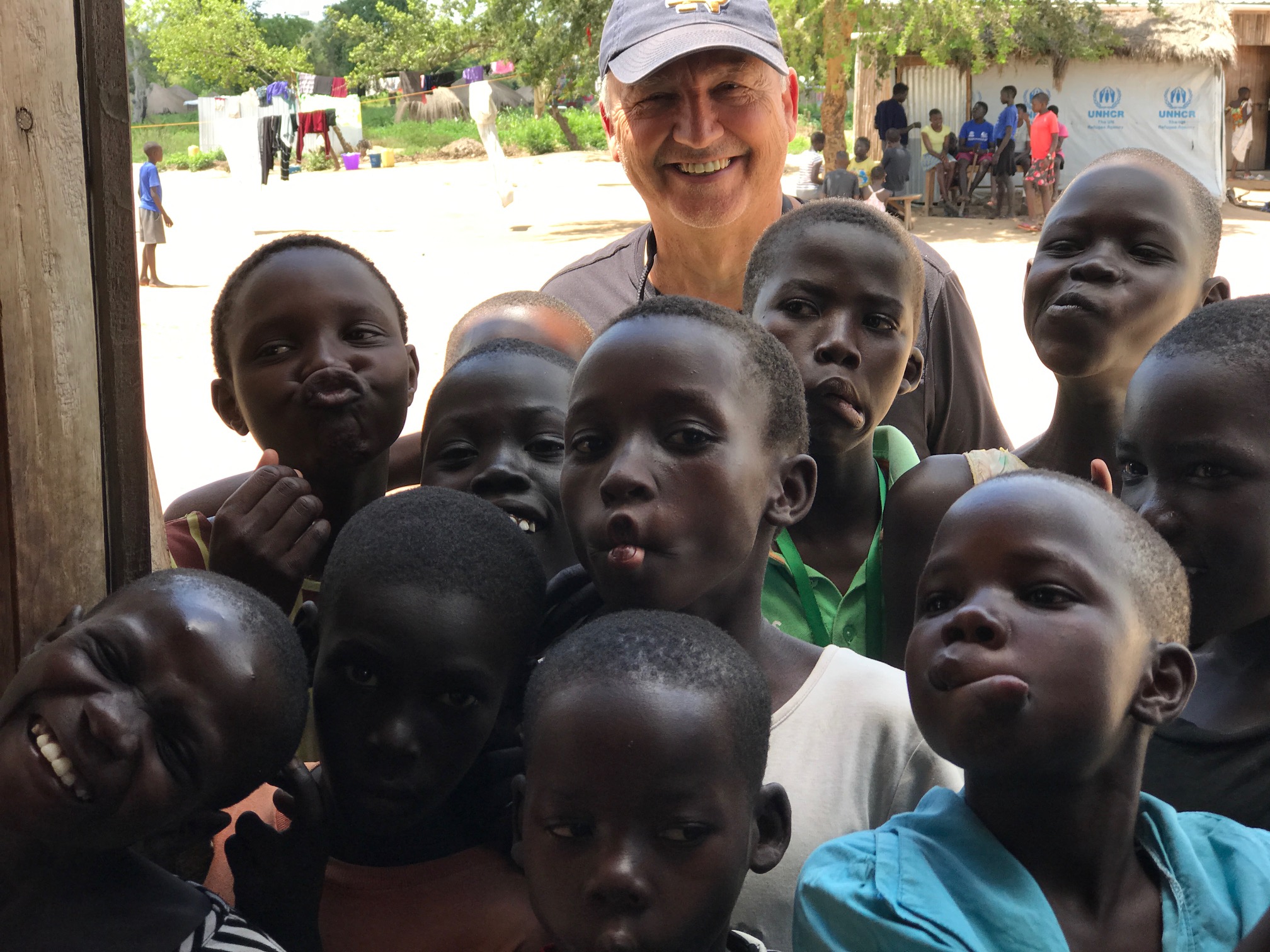 Our time at the Dreamland seemed short today, but we are so excited to go back the rest of the week to see what God has planned for us. The team ends the day with a debrief which includes happies and crappies of the day, and what stuck out the most for me is the happies for Byron and Katie.  They both shared that they aren’t very affectionate people, and hanging around children is not their go-to thing, but when they stepped out of that van and were greeted by those precious children, God stirred something in their hearts and they can’t wait to go back for more!